If you are like me and you feel premier league football without crowds is like having corn flakes without milk, in that it just feels somewhat insipid, and walking up and down high streets is like being in a zombie movie in many respects, then read on. Worse if you’re from Liverpool where I am from. My family there are living in what they describe as ‘Post-apocalyptic fallout.’

‘We are all in this together’ say the politicians, but it seems this unique situation is dividing many of us.

One half scream that people are just being irresponsible and selfish. One chap on Facebook posted a meme saying:

‘If it was the Blitz in 1942 would you be standoffish and say I will put my lights on when I want to!’

And the other half scream, that mainstream media are responsible. One Instagrammer added a picture of a bearded Amish chap and the comment:

‘People ask why we Amish don’t have Covid, it is because we don’t have Television!’

Whatever side of the fence you are on, we all cannot wait for the vaccine. Whether you will fight tooth and nail to avoid taking their poison, or line up to help the community at large, a vaccine will bring back some stability.

The impact of a new Covid vaccine will kick in significantly over the next few months and life should be back to normal by next winter, one of its creators has said.

Prof Ugur Sahin, BioNTech co-founder, also raised hopes the jab could halve transmission of the virus, resulting in a “dramatic reduction in cases”.

Last week, BioNTech and co-developers Pfizer said preliminary analysis showed their vaccine could prevent more than 90% of people from getting Covid-19.

About 43,000 people took part in tests. Experts are confident that transmission between people will be reduced by such a highly effective vaccine – maybe not 90% but maybe 50% and a direct result of mass vaccinations could result in a dramatic reduction of the pandemic spread.

The UK, one of the worst Covid infected regions, due to many factors such as its high density of population over a smaller island compared to many geographically larger areas, the number of aged people in care homes, and the most  proudly stubborn people on Earth, is expected to get 10 million doses of the BioNTech/Pfizer vaccine by the end of the year, with a further 30 million doses already ordered. The jab, which was trialled in six countries, is given in two doses, three weeks apart.

So, there is light at the end of the tunnel.

I kind of view myself on the fence of the divide between conspiracy theory and herd mentality. My personal view is many events in life happen naturally, however the elite of the world jump on it and are reactionary to change. For example; I think there was a radical fundamentalist plot to take down the twin towers in New York, yet I think the CIA knew about it for months before and somehow got involved during the process and had a ‘dirty’ hand in it. Like a man who is in the shop at the time of a looting and walks out without paying for his simple basket of goods with the crowd of looters; he’s technically still guilty by law, but less ethically and morally involved.

Covid is real, of that I have no doubt, however investors all over the world who have some financial acumen were rubbing their hands when it started thinking, ‘Oh my, how fortunate for us!’

If you are liquid (having cash you can get your hands on immediately) during the pandemic, you could fall over bargains with your eyes shut and a parachute tied to your backside!

Equities, Properties and Commodities , apart from Gold, (always a reliable Zombie currency when you need it to buy guns and fertilizer) tumbled, which is fantastic news for investors as they are getting good stocks for buttons, and now your investors are thinking; ‘OK now, let’s have a vaccine and then the shares we bought will go right up in price back to at least pre covid values’, and guess what….

After the announcement that the world’s first effective vaccine came on Monday, Sir John Bell, Regius professor of medicine at Oxford University UK, suggested life could be back to normal by spring.

“I am probably the first guy to say that, but I will say that with some confidence,” he said.

Investors who control the media will quiet that one down as they are set to rape the stock markets and you do not need to be a Professor of Finance to see which way the markets will go from spring onwards!

Confidence is not just a word a teenager with a new haircut relies on!

Fifty years ago finance was a closed shop. Bank managers were rich simply because they chose that profession, however now, with the flattening of the world we can all be privy to good deals, and bad ones if you are not smart!

We all are waiting for the day we can hear the roars of the crowds at all the green fields of our football teams. Of course we will watch it on the Televisions from our local bars here in sunny Thailand, not freezing our lesser parts off with a cup of Bovril, seeing your breath on a freezing cold day on the terraces paying 30-50 quid for the privilege. God forbid!

Due to great news coming out of the my homeland, we all now are looking forward to when, not if, we can all travel back to see our families and vice versa.

In 50 years’, time will we all see that Covid is one well thought out exercise to kill the markets, to engineer a massive price drop and then, like a yo-yo, it starts to bounce back up, making a killing for savvy investors (or where they just reactionary and smart enough to time the market?). Wasn’t that hard now was it? One fact remains is that this has happened more times than we care to mention over the last 200 years, and each time, people got rich!

Finance is not as complicated as you think. It certainly isn’t a conspiracy theory…. well some of it maybe.

Have a common-sense chat with our investors

and see how we can improve on your yields! 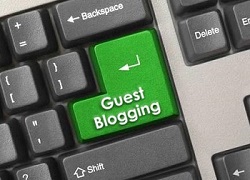